Planning Seating Before The Big Move 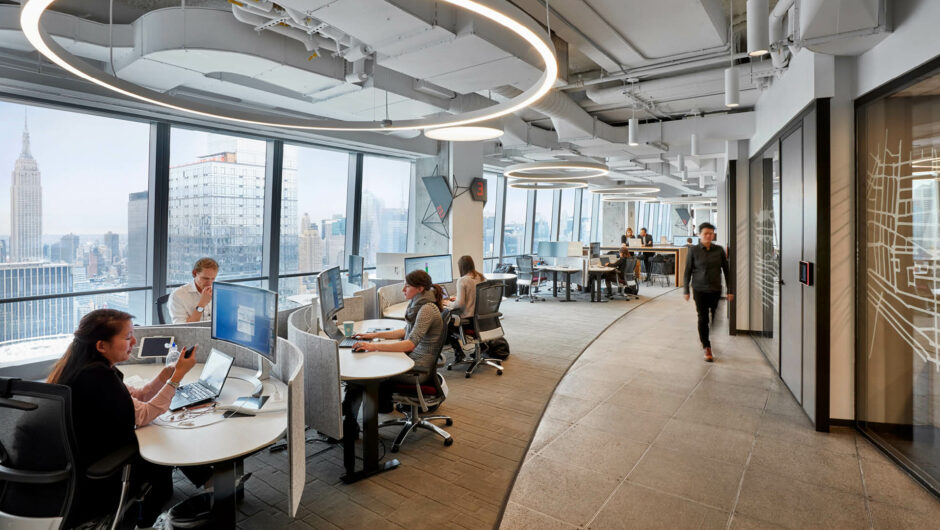 The client was able to move its employees into the new headquarters on time, with minimal disruption to daily workflow.

After working with Gensler to complete the design of its new 690,000 square foot headquarters building, the client was ready to plan for the move into the new space. To prepare the seating assignments in the new building, they first needed to determine who was sitting where in the current configuration in order to communicate the final move plan to the movers.

Gensler loaded the floor plans of the existing headquarters into Wisp along with HR data. Employees were then assigned to the appropriate stations. This information provided detailed reports and visualizations that informed the existing occupancy and departmental adjacencies.

To prepare for occupancy of the new space, Gensler created stack plans to organize the new building. The stack plans were then converted into blocking scenarios, and the departments used Wisp’s interactive Group Placement Tool to assign employees to stations. Seating information about the current and future states was then exported as move sheets and used by the move company to complete the move in a phased approach.

With detailed processes in place, and working closely with the project team, the client was able to move all 1,424 of their existing employees into the new headquarters building on time, with minimal disruption to the daily work flow.