Throughout the pandemic, the adoption of empowered hybrid and/or flexible workplaces has posed critical questions for the future of cities. Will workers, the majority of whom are currently untethered from their offices at least part of the week, permanently leave metropolitan areas? And could this possible shift cause our downtowns to turn into ghost towns? Findings from Gensler’s Spring 2022 City Pulse Survey, a global survey of 12,500 urban residents across 25 cities in four global regions, show that people with remote work arrangements still tend to prefer city living — and that supporting flexible and hybrid work environments and strategies at the city level is an opportunity to catalyze the rebirth of our downtowns and neighborhoods.

Remote work is causing some city dwellers to consider moving out of their cities. 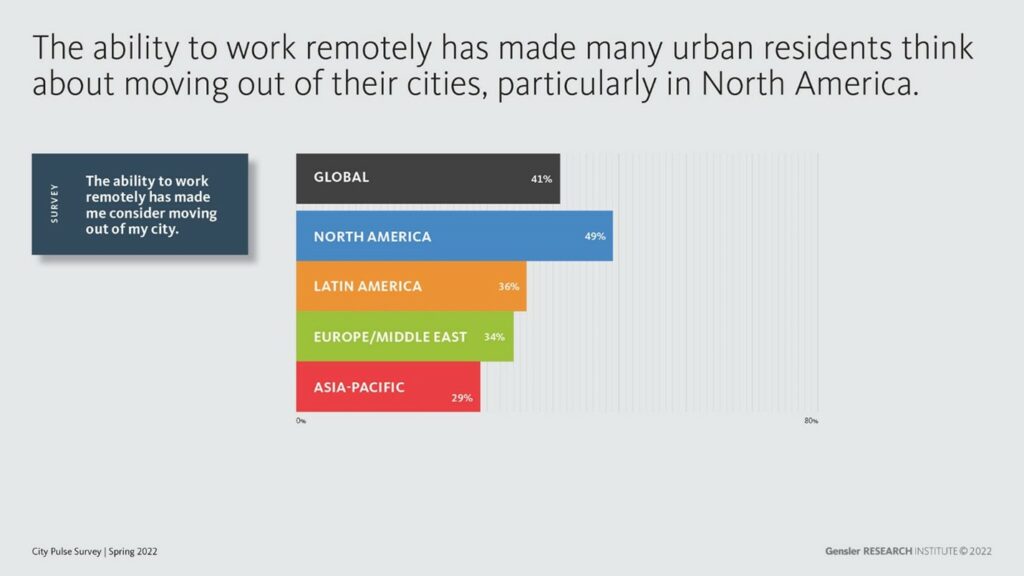 However, remote workers aren’t fleeing cities — they’re trying to find the right one. 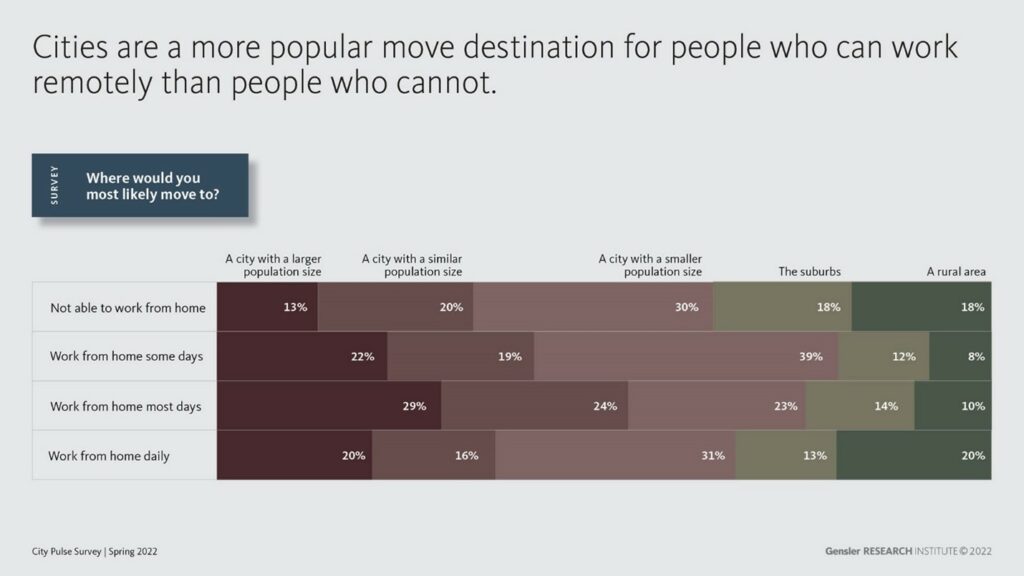 People who have the option of hybrid work arrangements are more likely to recommend their cities as great places to work. 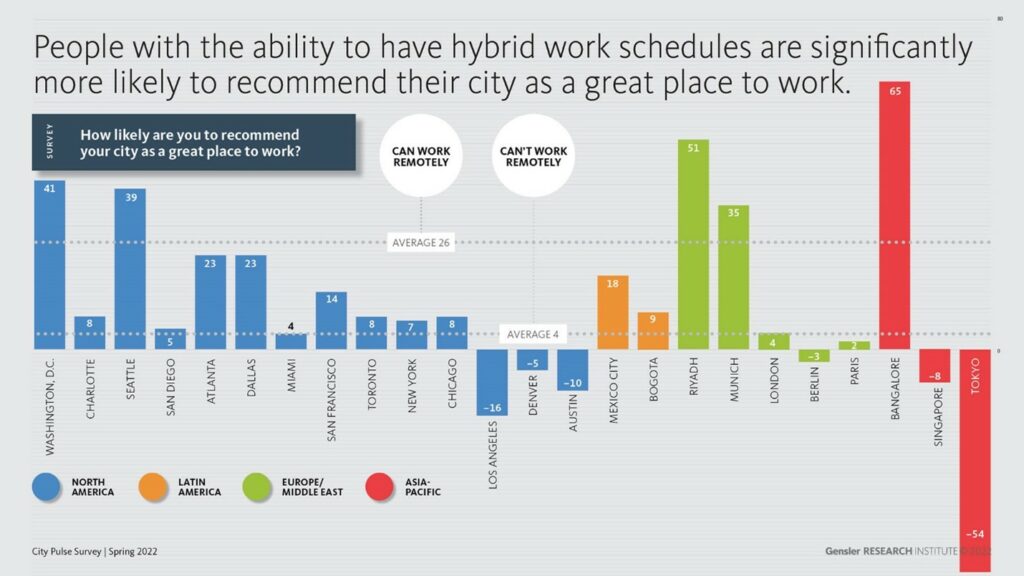 Finally, we used a widely used marketing metric called the Net Promoter Score (NPS) to measure the likelihood that a person will recommend their city as a great place to work. A positive NPS indicates that a city has more residents that would recommend their cities as great places to work than residents who would not. We found that people who have the ability to have hybrid work schedules have an NPS that is 22 points higher than people who don’t. Additionally, Tokyo, Berlin, and Denver, three cities with a negative NPS, are also the three cities in which respondents are least likely to be able to work remotely.

The bottom line: hybrid work doesn’t mean the death of cities. Instead, we should see it as a rebirth of our workplaces, downtowns and neighborhoods.

If today’s growing class of remote or anywhere workers are still seeking urban living, many will be looking for cities and workplaces that are great for anywhere work — and that often boils down to organizations and cities that provide empowered hybrid work environments, space management, great neighborhoods, walkability, and a wide variety of places that support work.

From increased infrastructure and the creation of more third places that support hybrid work to building adaptation and new development, cities must prioritize effective and creative ways to support hybrid models of working. In order to stay competitive, cities must reimagine their downtowns to be more than hubs for big businesses — they must also evolve into lifestyle centers that support the anywhere workforce.