Across the Globe, Workers Want a Hybrid Work Model 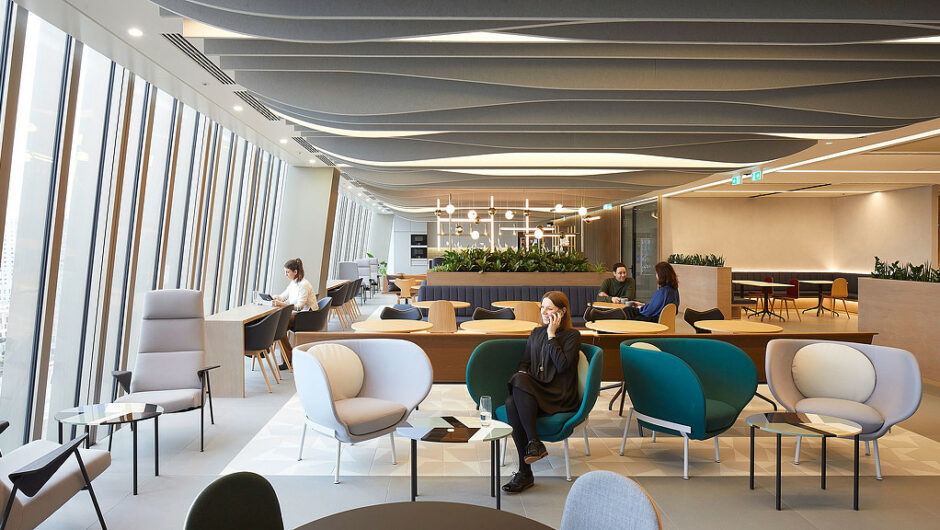 Since the pandemic began, we’ve seen a fundamental shift in how and where people are working. This summer, through our Global Workplace Surveys, we surveyed nearly 10,000 office workers from the U.S., the U.K., France, and Australia to ask workers about their views on a post-pandemic future. Across these four countries, workers’ behaviors are starting to shift as they realize the benefits of remote work. Our findings uncovered some differences, but also some universal truths: most office workers want a hybrid model, and the office is still the best place to connect, collaborate, and socialize.

We launched our research as regions reached different phases of reentering the workplace — over half of workers in the U.S. and U.K. were still working at home full time, compared to only 5% of workers in France. We discovered some unique differences. For example, French workers were the most reliant on in-person collaboration, while Australia’s workers were the least dependent, given the country’s history of activity-based working.

But despite regional differences, in every country we studied, over half of workers would prefer a “hybrid model,” or a mix of working from the office and working from home during the typical workweek. Employees valued their work from home experience — in particular, for their home environment’s ability to support focus work, for improvements to well-being and work-life balance, and for remote work’s ability to empower them with the flexibility to manage their day autonomously. But they also value the physical office.

Our time in the office may become more deliberative and collaborative.

The preference for a hybrid model suggests that our time at the office may become more deliberate, targeted, and collaborative. We asked workers what their primary reasons are for coming into the office, and in all countries, socializing and collaboration items ranked first, followed by individual work. That means the core purposes of the office persists, but its power as a social and collaborative place are primary. Those in a hybrid model are already benefiting from the “best of both worlds.” When compared to workers who are either at the office or their home full time, workers currently in a hybrid model are more likely to report positive impacts on creativity, relationships, productivity, communicating, and problem solving. 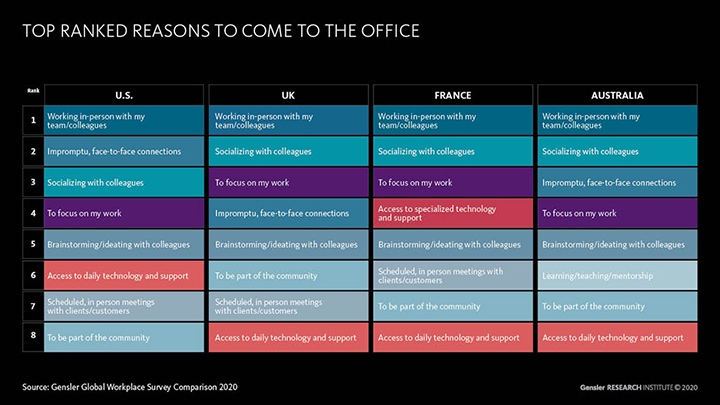 Based on how people are currently working, we can see how a hybrid model is affecting user behavior. Those who are at home full time are spending significantly less time collaborating. Across all global regions, spending at least some time in the office is a major boost to working with others, as measured by the combination of both in-person and virtual collaboration. Even though many employees had been working at home for six months at the time of the survey, the majority of workers still see in-person collaboration as critical to their jobs. 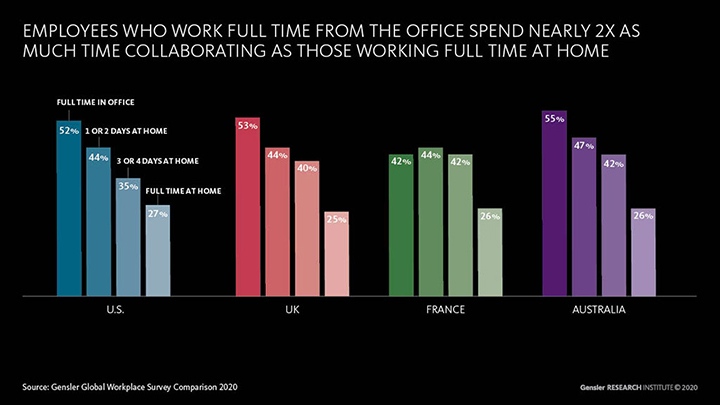 We’ve found universal preferences in how people want to work, but there are more differences in the workplace they want to return to. We compared pre-COVID work environments of workers in each country across six “degrees of openness.” While all regions show a preference toward more privacy and enclosed spaces, workers in U.K. and Australia are more favorable to open environments. We also found significant variations across countries when workers are asked about their preference for unassigned seating or desk sharing. The majority of workers would prefer an assigned desk in all countries. However, one quarter of French and Australian workers would prefer shared seating, compared to only 1 in 5 workers in the U.K., and 1 in 10 workers in the U.S. 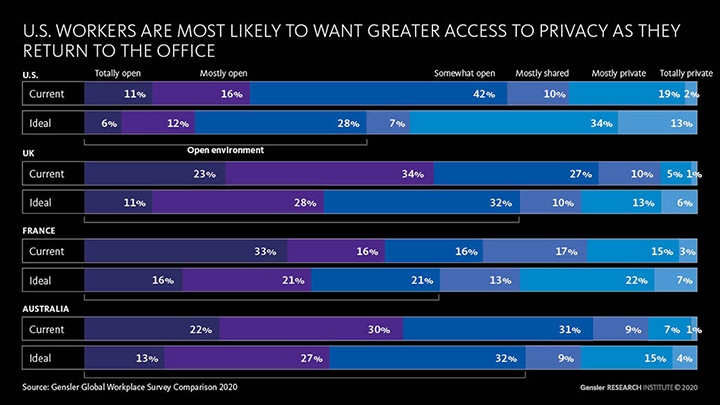 An opportunity to rethink the physical workplace.

Ultimately, one more universal point does emerge from our research — in every country, we’ve seen a fundamental shift in how and where work happens. The pandemic has accelerated many pre-COVID workplace trends like mobility, choice, health and well-being. The longer we work remotely, the more it not only affects how we work, but also shapes our future expectations for the office. This is an opportunity to rethink the physical workplace. As we look to a better future and a post-pandemic world, the new workplace should support new ways of working, new technologies, and new reasons for coming into the office. This opportunity raises a series of questions that will be unique for every organization depending on their business and mission, how they work, and their organizational culture.